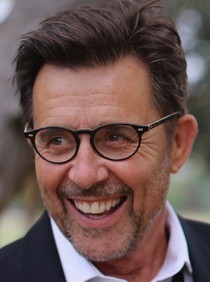 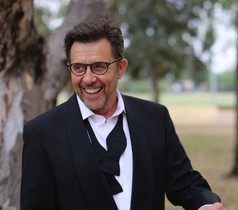 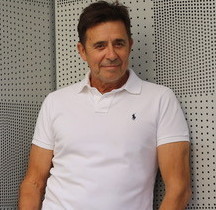 Paul Roberts has been involved in the media industry for over twenty five years – working in front of the camera and microphone and also as producer, director and writer.

He can write copy that will embody your product’s strengths, present your product on camera with sincerity and credibility, and if necessary, produce and direct the advertorial.

Paul’s television experience includes product representation on Channel 10’s, ‘9a.m. with David and Kim’, and on Channel 9’s ‘Good Morning With Kerrie Anne’. His presentation credits include some 200 TV commercials, corporate videos, in-house presentations and acting in such dramas as ‘Blue Heelers’.

Just some of the organisations that he has represented are Kodak, Gillette, Caterpiller, Master Painters Australia, Telstra, Toyota, Ford and Holden.

He was advertorial host on Channel 10’s ‘Monday To Friday’ with Kerrie-Anne Kennerly and host reporter with Online, a television magazine programme about the Internet.

Over the past 13 years, Paul’s skills behind the scenes as producer, director and writer have resulted in around 20 successful television series which have screened on both free to air and cable networks around the world.

Since 2003, Paul has narrated several weekly television programmes including the official ATP Tennis show and the ICC Cricket Show.

Additionally, Paul is an accomplished MC/Compere, having hosted innumerable corporate functions and celebratory gatherings and he plays a mean game of tennis!

Paul is married with three children; two boys aged 18 and 17 and a daughter, 12.