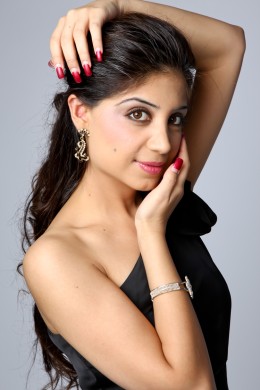 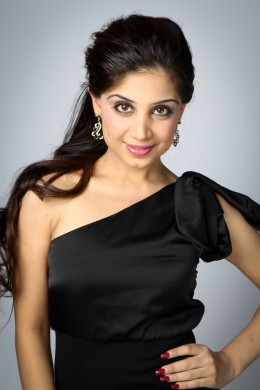 People say her smile has “that magic”… others say she was “born to present”…. but whatever the truth is, there is no doubt that Divya Dhingra has that special sought after quality that draws all types of people to her.

So much so, she has attracted the likes of Prime Ministers and dignitaries whose public appearances she has hosted.

From Bollywood to our own ABC studios, Channel 9, Sky News and Woman’s Day magazine, Divya has been invited to tell her story….and indeed it is intriguing.

Divya is both a credible journalist, actor and TV Presenter.

She is the winner of multiple awards including Role Model of the Year trophy by NSW Premier Mike Baird and Young Achiever’s Award.

Divya keeps charity close to her heart. She was selected as the Youth Voice for White Ribbon Day, Community Ambassador 2014-15 for Cancer Council Australia and was Guest of Honour at Royal Melbourne Hospital for exclusive Cheque Ceremonies.

Divya has also been part of global modelling arena and has featured on cover pages of multiple magazines.

She has worked across different countries such as Australia, India, Singapore, Malaysia, New Zealand and USA.

Divya’s showreel exhibits her tremendous range as a host, a reporter, an actor, an entertaining TV Presenter and a story-teller.

Divya is the full package and is available to work both nationally and internationally.